Masks are OPTIONAL in all NPSCU Branches.
In response to the COVID-19 Pandemic we are monitoring the situation and keeping Members informed here: COVID-19 Resources 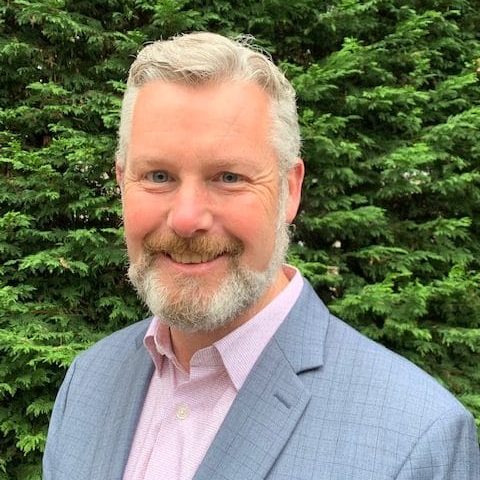 Colin joined the NPSCU team as our Chief Operating Officer in April 2020, bringing his dynamic leadership abilities and 20+ years of Senior Management to our Executive Team. Colin was born on the charming Isle of Bute, just a stone’s throw away from Glasgow Scotland. When Colin was a boy, his family left Bute for the Scottish Highlands and settled in the relaxing seaside town of Nairn. Colin began his career in the financial service industry at The Royal Bank of Scotland where he worked hard in various roles while he earned his master’s degree and became a Chartered Banker. Colin’s career brought him to Edinburgh, where he earned a Post Graduate Degree in Marketing and managed the Small Businesses Strategy Department at RBS. This role ignited his interest in strategic thinking and business process improvement. In 2002 Colin’s immigration application was accepted and his lifelong dream of moving to Canada came true. Collin’s first Canadian job was in Burnaby, B.C. as CIBC’s Senior Business Advisor. Colin’s mind for strategy got him noticed at CIBC and he was offered the role of CIBC’s District Leader of Vancouver Island South. His new position brought him to Victoria, BC where he met his now husband, Justin. Colin and Justin have been happily married since 2009 and share an interest in travel and architecture. When Justin and Colin aren’t travelling, Colin can be found relaxing reading a Crime Novel or diligently working on his lifelong pursuit of higher education. Colin is versed in the Six Sigma continuous improvement methodology and has been certified with a Lean Green Belt for the program and endeavors to obtain the Black Belt Certification one day too.